Speak of an Arabian destination, and places like Qatar, Dubai and Abu Dhabi immediately come to mind. This is largely due to the influential international airlines these countries own, which carry passengers from all corners of the globe to their strategic air-hubs. Other destinations like Iran, Saudi Arabia and Syria are known largely for their prominent positions on the global political landscape, while places like Kuwait and Iraq command international awareness for their rich petroleum resources.

Tourists do flock to the picturesque attractions of Morocco and Jordan, but to us there is a hidden tourism treasure tucked away at the north-east of the United Arab Emirates that is largely unknown and unappreciated.  This is the little kingdom of Fujairah, one of the seven emirates of the UAE. 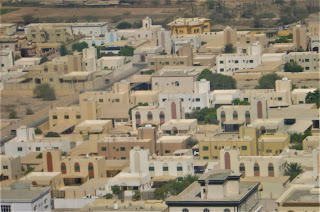 Relatively secluded from the world since ancient times, this delightful diminutive emirate is still relatively isolated, relying mainly on air-links from Abu Dhabi and a highway to Dubai for tourism; despite its having an excellent deep-water port at Fujairah city.

The drive along the ultra-modern Sheikh Khalifa Highway from Dubai is a pretty fascinating experience, passing through vast desert landscape as it connects Dubai with photogenic places in Sharjah, Ras Al Khaimah and Fujairah. Officially inaugurated in December 2011 to celebrate the 40th Anniversary of the UAE, the 45-kilometre (28 mile) highway takes just 30 minutes to cover non-stop. For our visit to Fujairah in 2012, we flew from Abu Dhabi. This gave us an equally fascinating bird’s eye view of the dramatic coastline of pristine beaches and dramatic rocky cliffs that form Fujairah’s entire eastern border. 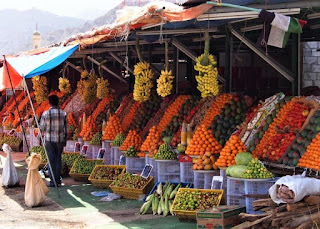 Some of the memorable sightseeing spots in this idyllic Arabian hideaway include the imposing Hajar Mountains, the sheer cliffs of Dibba, the quaint village of Masafi with its traditional Friday market, the Ain al-Madhab Hot Springs, the Wadi al-Wurayah oasis with its spectacular waterfall and the ancient mud-brick Al-Bidayah Mosque,the oldest in the entire UAE. Gorgeous beaches line this destination, with pretty impressive dive-sites out in the crystal-clear waters of the Gulf of Oman.
Around Fujairah city itself, you can visit the 17th century Fujairah Fort, the massive Sheikh Zayed Mosque, the fascinating Fujairah Museum,

From an Aqua Bounce Funpark and parasailing to shopping at air-conditioned malls and traditional souks, from heart-pounding 4WD wadi-bashing to serene wellness spas, there is something for everyone in Fujairah, our Best Hidden Arabian Destination!