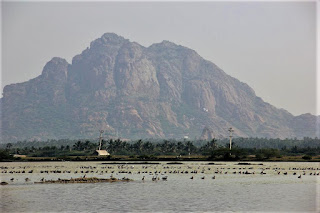 The vast region of South Asia is a paradise for ecotourists, and birdwatchers in particular have a field day. From the giddy heights of northern Nepal to the scenic south of Sri Lanka, and from Pakistan in the west to the east of Bangladesh there are rich ecotourism destinations with bird-species galore.
In India alone, there are world-class bird-watching destinations in numerous states, but our particular favourite is a relatively unheralded triumph of local government and community-led conservation efforts at the very southern tip of India.
To us, The Best South Asian Birding Destination is the Suchindram Kulam Wetlands in Tamil Nadu.
We have chosen this hidden treasure for several reasons.
First is its unique location. As part of the Suchindram-Theroor-Manakudy Conservation Reserve, this area underlies the southernmost continental range of the Central Asian Flyway. About two-thirds of Kanyakumari District consists of lowland plains dotted with over 2000 freshwater kulam or ponds.
The second is its rich biodiversity. Although it has a few small mammals such as flying squirrels, giant fruit-bats, macaques, otters and the rare Malabar Giant Squirrel, this Conservation Reserve has an impressive array of plant-life, ranging from towering mangrove trees to over 110 species of tiny aquatic flowering plants. Its large variety of aquatic vegetation includes water-lilies, lotus, floating-hearts,  water-plantains, arrowheads, cat-tail reeds and other water-plants that attract birdlife. 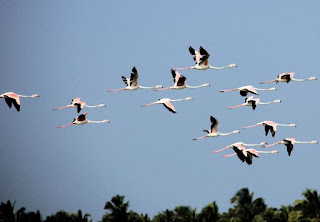 The main attraction of the Conservation Reserve, of course, is its variety of birdlife. About 250 bird-species have been recorded in the district, including both migrants and residents.  4 species are relatively rare or threatened, while another 12 are endemic. A few tall trees and bushes on a central island have become a natural safe roosting-place for breeding birds such a Black-headed Ibis, Spot-billed Pelicans and Painted Storks, forming a precious ecosystem that has flourished since the area was officially designated a Conservation Reserve. 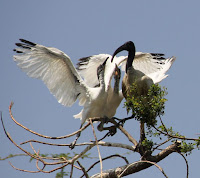 However, what stunned us on our visit to Suchindram Kulam was the sheer quantity of birdlife! There were literally hundreds of waterbirds, large and small, crowding the wetlands. It was a stunning sight. We were informed that birds such as Greater Flamingo, Northern Pintails, Common Teals, Spotbill Ducks, Bronze-winged Jacanas, Whiskered Terns, Little Terns, Black-Winged Stilts and Pheasant-tailed Jacanas have been recorded in the greater Conservation Reserve, while species such as Gargeneys, Pintails, Ruffs, Reaves, Coots and Little Stints have sometimes been recorded in their thousands.
What specially inspired us about Suchindram Kulam however, was the splendid community-led effort that led to its conservation. In 1988, local resident  and renown ornithologist Dr. Robert B. Grubh of nearby Nagercoil initiated a proposal for the conservation and management of Suchindram-Theroor-Manakudy wetland complex in cooperation with global organisations such as Birdlife International , The Nature Conservancy, World Wildlife Fund (WWF), Wild Bird Society of Japan, the World Resources Institute, and the United States Agency for International Development.
Although some traditional fisherfolk and farmers had initial misgivings, the majority were eventually won over by the passionate efforts of a large number of local people ranging from schoolchildren and undergraduates to village-folk and pensioners who were engaged in wetlands conservation.  Community workshops, local television broadcasts, field-demonstrations, press-coverage, school-programmes, and intense personal efforts were utilised in the local languages to raise conservation-awareness. 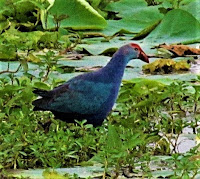 Most importantly, visionary local government leaders swung into action. The Tamil Nadu Forest Department, District Collectors, the Public Works Department, Village Panchayats (Councils) and other local and regional government entities have supported the conservation efforts. The synergy of local people and government in effective conservation is exemplary!
The practical benefits of nurturing the area’s rich local natural heritage are now being realised, and today the Tamil Nadu Tourism blogspot has a prominent feature on the Suchindram-Theroor-Manakudy Conservation Reserve  – showcasing this exquisite ecotourism gem to the world. What a source of pride for the state of Tamil Nadu!
If the Tamil Nadu Forest Department continues its serious efforts to protect this area while providing visitor-friendly amenities such as tourism-information kiosks, car-parks, public toilets and well-managed nature-trails, we believe that Suchindram Kulam and the rest of the Suchindram-Theroor-Manakudy Conservation Reserve could continue to be The Best South Asian Birding Destination for generations to come!

(All photographs by Dr. Robert B.Grubh)

Posted by answerstravel at Thursday, December 06, 2018