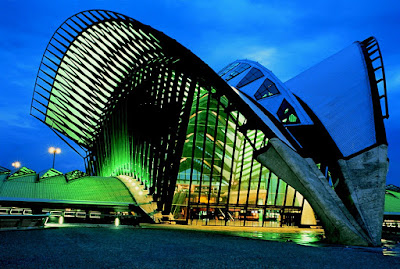 It is named after an intrepid pioneering aviator who is more famous for writing the most whimsical books. It was inaugurated in 1975, in an era of teleprinters, Morse Code and hand-signals – yet today it incorporates the most advanced cutting-edge technology of this millennium. It is connected by a futuristic high-speed train to some of the most modern and sophisticated cities in Europe, but you can also opt to leave this airport on the pillion-seat of a chugging motorbike-taxi. This is the enigmatic, contradictory Lyon-Saint Exupéry Airport - formerly known as Lyon Satolas Airport - an important transport-hub for the entire Rhône-Alpes region. While the airport itself is pleasant enough, its railway-station was the feature that caught our attention.

When we visited this iconic airport railway-station in 2008, it was looking a little dilapidated and in need of proper maintenance. Yet its dynamic architecture captured our imagination and lifted our spirits during the bleak winter season. Completed in 1994, the terminal was designed to represent the human eye, but looks exactly like a graceful swan alighting on earth and bowing low, with its wings raised in salute. The building's most striking profile, based on two converging steel arches 120 meters long and 40 meters high, is most obviously expressive of a bird, symbolizing flight with the two main arches coming together at the bird's beak. Architect Santiago Calatrava said that he never thought of a bird, but more of sculpture inspired by the shape of the human eye. However, the avian imagery continues inside the building where two concrete cantilevered balconies look remarkably like birds on the down-wing, rising up in flight. 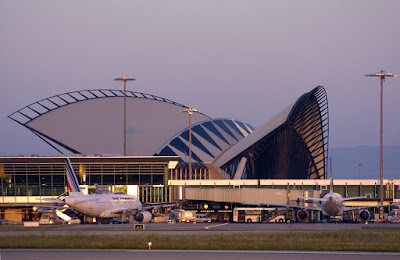 Today, 2½ decades after its construction, Lyon-Saint Exupéry Airport Railway Station is still under-utilised and much of its sunlit cavernous space is largely empty. The superfast futuristic-looking TGV trains come in only a few times a day, and some of the lounges here are only used occasionally for special events. Nevertheless, its inspired architecture, dynamic vision, practical convenience and untapped resources make this our favourite Airport Railway Station in the world. To bring this facility to its full potential will require innovation, imagination and industry – the very same qualities that were put into its design in the first place!

Posted by answerstravel at Tuesday, March 04, 2014 No comments:

The Best Hotel For Hospitality 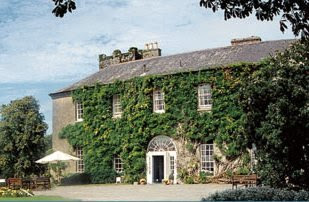 The Hotel With The Best Hospitable Atmosphere that delighted us is Ballymaloe House in County Cork, Ireland. Most of the properties listed in Hilary Finlay’s Blue Book Of Ireland are enchanting, but this is exceptional. Built around a 15th century Norman castle, this evocative hostelry began taking in paying guests in 1967. The 400-acre property is lovely, the surrounding Shanagarry countryside is delightful, and the cooking here is unbearably delicious. There is an excellent wine-cellar, and spell-binding Irish music to boot. But what captures your heart is the warmth, affection and honest goodness of Mrs Darina Allen, the matriarch of the elegant mansion.
Together with her daughter, the Allens are well-known TV Chefs and authors of successful cook-books. At Ballymaloe House, though, Darina is simply a proud home-owner who will welcome you with quintessential Irish hospitality, laughter and kindness. This same happiness and congenial fellowship permeates every activity and service, making a stay at Ballymaloe House a genuinely heart-warming experience. When we first visited Ballymaloe House several years ago, the weather was cold, bleak and foggy. It was a happy contrast to be enveloped by Darina's warm and genuine hospitality - something we recommend for any traveller in that part of Ireland.
Posted by answerstravel at Monday, February 24, 2014 No comments: