The Best Airport For Inter-Departmental Cooperation

The Airport With The Best Inter-Departmental Cooperation we like is the Kuala Lumpur International Airport in Malaysia. Getting the various government departments, security agencies and airport divisions to work as one cohesive administration is the hardest facet of airport management; but what remains a pipe-dream in most places has become a practical reality in this award-winning facility. KLIA has been named Best Airport In The World in its class more than once, and has won awards for various other achievements, including being environmentally-friendly, going wi-fi, and even for having the best airport cigar-shop in the world – but there simply isn’t an award for effective management of synergy between the various government departments such as customs, immigration, police, airport security, fire brigade, labour ministry and civil aviation. The closest there is to an award comes from the International Commercial Aviation Organisation that lauded KLIA in its 2006 Audit Report, stating that “at KLIA there are a number of positive aspects that have led to a higher level of security”, and proceeded to extol “the cooperation among organisations responsible for implementing the security measures”. As an avid airport-watcher, I must say that the cooperation and seamless communication between the various departments at KLIA is an outstanding model for the rest of the world to emulate. 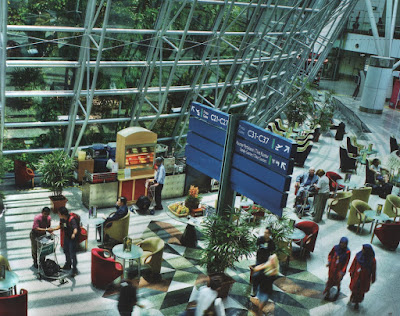 Pix by Malaysia Airports
Posted by answerstravel at Tuesday, October 08, 2013 No comments:

Labels: Best Airports Of The World 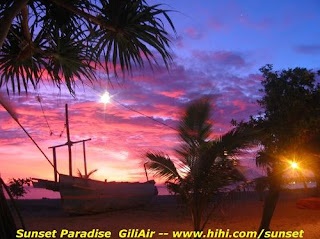 It sprawls across Asia in a glittering geographical garland of 17,500 beautiful islands that stretch from sophisticated Singapore in the north to sun-baked Australia in the south. It is a crucible of the oldest religions and cultures in human history; with Hindu, Buddhist and Christian traditions enduring amidst the largest Muslim and animist communities in the world – yet its government is decidedly secular and its thriving business-world fully materialistic. Its 265 million people belong to 350 different ethnic groups and speak 530 unique languages, yet are remarkably united in national identity. The character of this amazing nation is grounded in local community, yet its outlook is increasingly global. It is a gorgeous cornucopia of colourful cultures, creeds, cuisine and crafts, and it welcomes the world with wide-open arms. This is Indonesia - The Best Asian Discovery for travel and leisure. 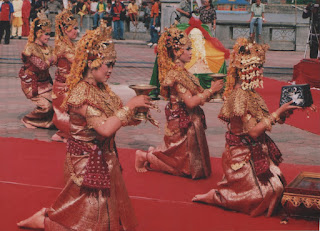 In a crowded and competitive travel-industry, what makes Indonesia stand out? First of all, the nation’s sheer size and strategic location ensure that ancient cultures and traditional crafts thrive in our modern technological world. Modern houses have intricate ethnic décor, and high-powered deals are finalised by tycoons in traditional batik shirts. Sleek imported sedans vie for traffic-space with horse-drawn carts, and satellite-dishes relay telecasts of ancient dramas in authentic detail. In Indonesia, culture is alive and handicraft is part of daily life. Secondly, the fact that most of the islands in this vast archipelago were relatively remote from each other in ancient times results in art, architecture, culture and cuisine being very different from place to place. This gives Indonesia a powerful ‘pull-factor’ in tourism: it is an excellent destination for repeat visits. 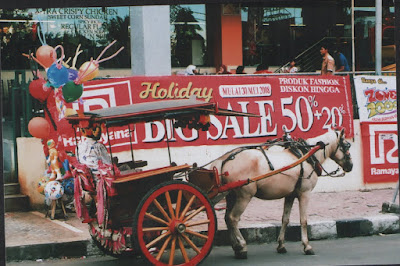 Indonesia is probably the world’s last great ecotourism frontier, with its varied geography and unimaginable biodiversity. Try figuring out 28,000 known species of local flowers! From the giant Rafflesia that can weigh over 10 kg, to exquisite tiny orchids as rare and as precious as any gem, Indonesia is a flowering paradise of seductive scents and sensations. Bird-watchers from all over the world fly here to spot as many of the 1500 native species that they can, mindful of the fact that Indonesia has more endemic species than any other country on the planet. There are also over 3500 species of wild animals, from ferocious carnivores like the terrifying Komodo Dragons and the mysterious Sumatran Tiger to furry friends like the appealing little Slow Loris and the gentle and intelligent Orang Utan. And still on the topic of ecotourism, we haven’t even begun to describe the underwater wonders awaiting discovery in some of the most varied and spectacular dive-sites ever known! There are enough websites and publications that extol every detail of this great nation's tourism attractions. For us at answers!, however, one special quality stands out here - and this is the warmth and love of the Indonesian people. From the most luxurious international hotel to the humblest native dwelling, hospitality in Indonesia is spontaneous and thoroughly sincere. The harried street-hawker hustling in a traffic jam, the musical Batak troubadour at your dining-table, the busy village mother with child on her waist, the tattooed tribesman in his jungle domain, the multi-lingual European-educated boutique owner, the tired farmer trailing his buffalo home across the ricefields - every single Indonesian you meet will give you a smile and a beaming welcome. The hospitality and friendships that await the visitor can only be experienced personally - and that, alone, should be reason enough for YOU to head for Indonesia, the Best Asian Discovery in travel! 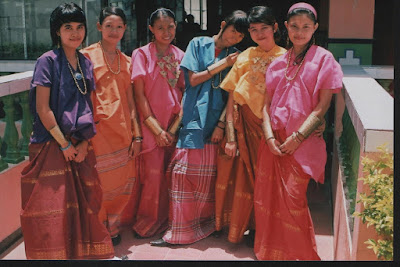 (All pix by answers! unless otherwise stated)
Posted by answerstravel at Friday, October 04, 2013 No comments: