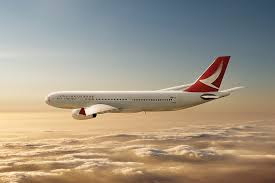 Photographs by kalid.com.cn and Cathay Pacific Group
Posted by answerstravel at Saturday, March 12, 2016